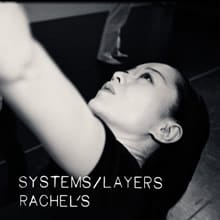 Having heard someone dismiss the wonderful Labradford as ‘soundtrack music’ the other day, I wondered (later, on my way home after dumping them in the river) how this idea has come to take hold – that ‘soundtrack’ is synonymous with ‘chewing gum’. Au contraire, the history of ‘soundtrack music’ – from the opera and the ballet to the stage musical and film – offers more examples than I’d care to shake a stick at of the music far outlasting the brainless tedium of the theatrical mummery it was originally composed for.

Rachel’s (not, you’ll note the Rachel’s) has always been a soundtrack band, composing music with a more or less translucent narrative intent. Whether or not, as in the case of the 1996 Music for Egon Schiele or in this, their sixth release on Quarterstick Records, that structure is allied literally to a particular theatre or dance performance, hardly matters – Rachel’s music is always a soundtrack.

Intrigued as I am at this latest in a line of fertile film and theatre collaborations, the SITI Co. – the NY dance-theatre collective that Rachel’s worked with over a two-year period in developing Systems/Layers – has an uphill job to improve on the images already supplied autonomously in this hugely accomplished and affecting album. Systems/Layers – the performance – is apparently a wordless exploration of a day in the life of ‘the city’ through the eyes and experiences of eight people; Systems/Layers – the soundtrack – offers us the gleanings of a composite acoustic flaneur, assembling a partial, impressionistic mosaic in order to try to make sense of the multitude of memories that sustain this mythical notion of the metropolis.

This is the sort of vastly ambitious project that you can only pull off if you’re big enough to admit that it’s unachievable. Rachel’s maturity as a collective (the core members – Jason Noble, Christian Frederickson, and Rachel Grimes – have been working together since 1994) clearly shows in their having resisted the temptation to go epic and symphonic, and concentrate instead on the local, the specific, the selectively resonant.

There’s actually little that’s ground-breaking here – the deployment of an arresting soundtrack, combining orchestral instrumentation with field recorded sounds, has been a staple of the theatre world for a long time. Here in the UK, I can think of a dozen contemporary composers who are adept at this kind of collaboration, and the work of people such as Graeme Miller, Glynn Perrin, Helen Otway, Andrew Poppy, Gavin Bryars, and Jocelyn Pook spans going on three decades of consistently fine output, Nor does Rachel’s compositional canon lift much higher than good pastiche – Schubert, Debussy, Satie – except in a few, rare, but startling examples such as the absolutely exquisite French Galleasse on the1999 album Selenography and Lloyds Register on the 1996 The Sea and the Bells. Rachel’s albums are consistently greater than the sum of their parts, though, firstly, because of the deceptively easy fluidity of their eclecticism; secondly, the masterly level of formal authority they bring to bear on this; and finally, the seemingly obvious fact that they are a band: whereas I can name a dozen composers who do this kind of thing successfully, I am familiar with only one other instrumental group – the Kronos Quartet – that has mastered the art of theatrical collaboration to this level.

‘Familiarity’, obviously, is a relative thing – I’m lucky to have had a ‘classical’ music education, so I enjoy picking up on the layerings of musical reference and structure that help to inform the work so felicitously. For instance, the principal arc of this album is between the second track – water from the same source – and the last – ny snow globe, wherein the former establishes a luscious, joyful tango melody, to be reprised on piano only, in a diminished key, at a much slower speed, in the final track. Such formal organisation is typical of Rachel’s – whereas no way is anyone, on first hearing, going to consciously recall where that melody came from, or how it’s different in the reprise, it will surely work at a subconscious level, stimulating the kind of complex emotional response that keeps you coming back to it again and again, like Harry Caul in ‘The Conversation’, hoping to unravel the semantic clues.

I’m also fortunate (and old enough) to have heard some of Rachel’s models at source – Steve Reich, Philip Glass, Astor Piazzolla (whom they openly acknowledge as a major influence) – but I can’t help wondering what it must be like to hear them for the first time if your only experience of a band is the guitar/keyboard/drumkit model. Either rapture or repulsion is my guess – this music couldn’t possibly invoke indifference.

The first time I visited New York, I was introduced to a group of artists (painters) who modelled themselves obsessively on some obscure, forgotten school of 18th century Dutch painters. Their paintings – landscapes, portraits, still lives – looked amazingly authentic (they even mixed their paints from contemporary recipes). They had chosen to inhabit this tiny island in the cultural archipelago like a kind of Art-Amish, completely renouncing any artistic developments subsequent to their chosen backwater in art history.